How does vaping affect my health?

Scientists, doctors, and the vaping industry are still learning about the health effects of vaping.

This means that there’s still a lot that we don’t know about vaping, and the risk to your health.

Smoking cigarettes were considered ‘safe’ in the 50’s, and look how that turned out. Essentially, the long-term effects are still largely unknown, but here’s what we know so far: 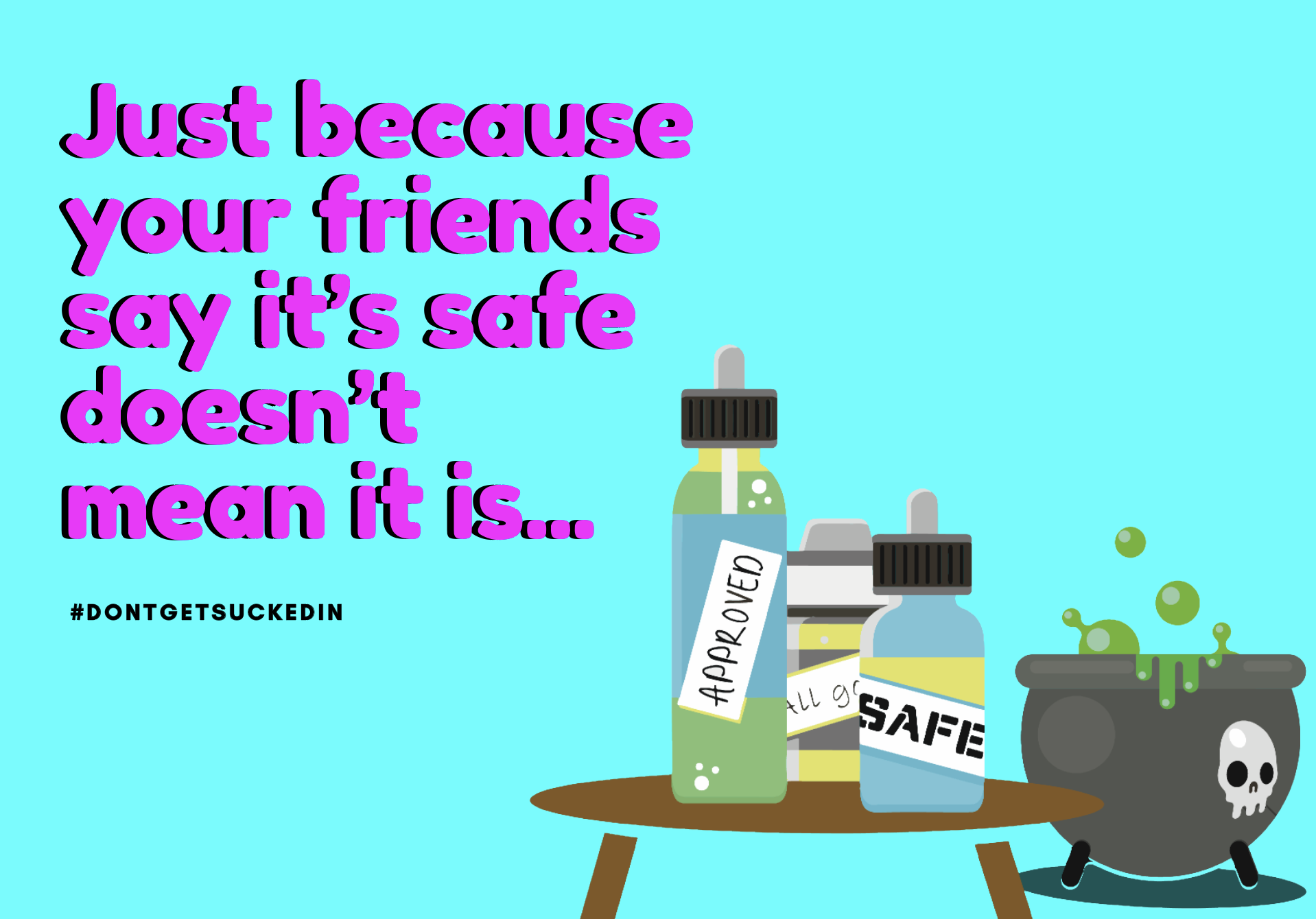 E-cigarette and vaping aerosol generally contain fewer harmful chemicals than the smoke from traditional tobacco cigarettes. However, some e-cigarette aerosols contain tiny particles that reach deep into the lungs; these particles may have chemicals in them that irritate the lungs. Over time, these chemicals can potentially cause cancer, increase inflammation in the lung and lead to other lung diseases.

Young people are especially at risk. Putting weird unknown chemicals into your body at this stage is even worse than it is for adults, because you’re still developing. We know there are physical effects from smoking as a teen, so who knows how vaping as a teenager could affect your body?

Vape use has been linked to severe lung disease (EVALI) that has led to hospitalisations in more than 2500 people across the United States, with over 60 reported deaths. Some cases of EVALI included teenagers and young adults using vapes that contained cannabis (tetrahydrocannabinol, THC) or Vitamin E oil, however, there were also many cases where this was not a factor.  The highest risk seemed to be from vapes obtained from the illicit market. So, it is particularly important to avoid vapes which contain THC and which have not been brought from specialist vape stores or other shops.

Vaping, and second hand vape, can also impact on other respiratory conditions such as asthma, and have been found to increase coughing and worsen asthma symptoms, especially among young people.

The liquids in vapes, by the way, can sometimes burn skin just through contact. They can also rapidly cause nicotine poisoning if swallowed. Now, you’re probably not going to drink it, but a baby brother or sister might, and it could literally (yes, LITERALLY) kill them.

Vaping and your heart

Vaping and e-cigarettes can raise your blood pressure, heart rate, and can change your heart’s function.

Although the aerosol of e-cigarettes generally has fewer harmful substances than cigarette smoke, e-cigarettes and all products containing nicotine should be avoided during pregnancy. Nicotine is a potential health danger for pregnant women and developing babies and could damage a developing baby’s brain and lungs.